#1 by Regenleif
After a long week grinding Tarnished relics at Stonevale Lake, I recorded various statistics from the journey. Hopefully the community can gain some benefit from this report.

If any photos here expire, pm me and I will reupload.

I fished from 5687 Rippling/Wise Waters spawns, resulting in the following drop chart: 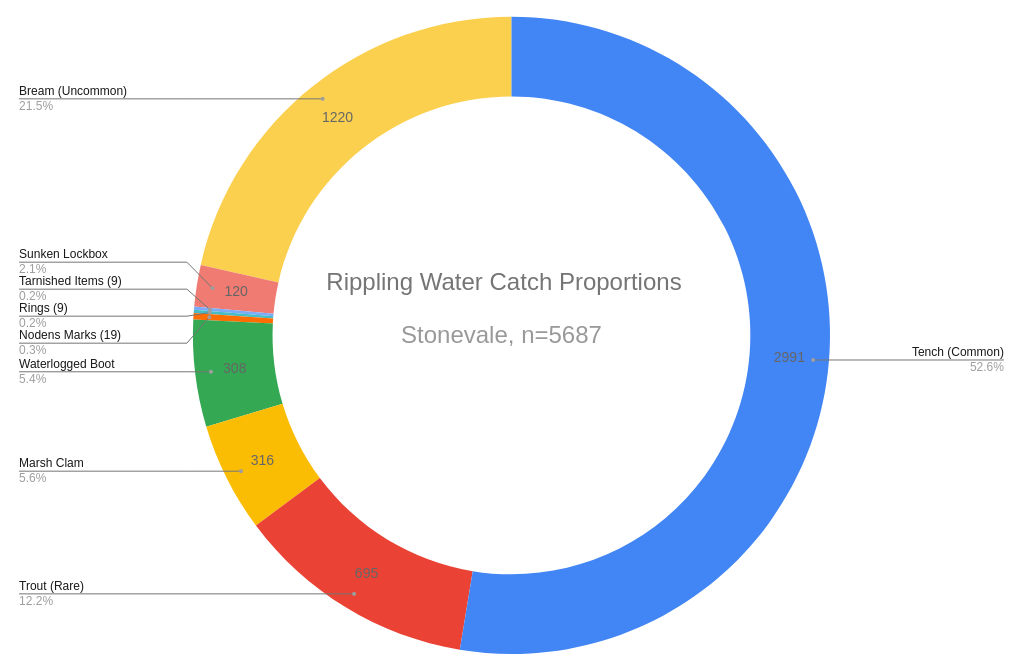 This shows the drop rate of relics to be ~0.15%, so you can expect one relic every ~650 fish. Rings and relics had the same drop rate, Nodens Marks had double.

Doing a brief survey in Shalemont (n=842) showed similar results, as did Fingals (n=683). I expect these percentages are roughly true for all areas.

I opened 474 Sunken Lockboxes, resulting in the following drop chart: 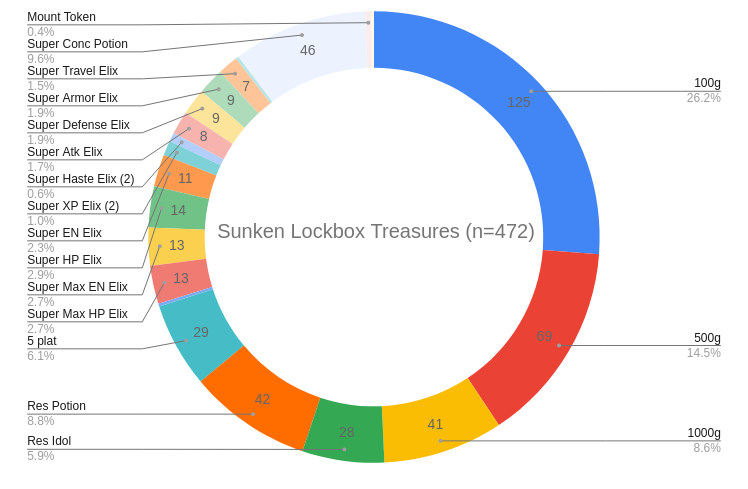 It's important to note that the mount tokens and a particularly lucky reward of 150 plat make up the majority of that expected value. Without them, the expected value is about 500g/box.

I opened 356 Marsh Clams, resulting in the following drop distribution: 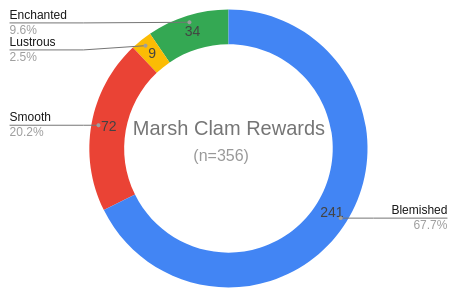 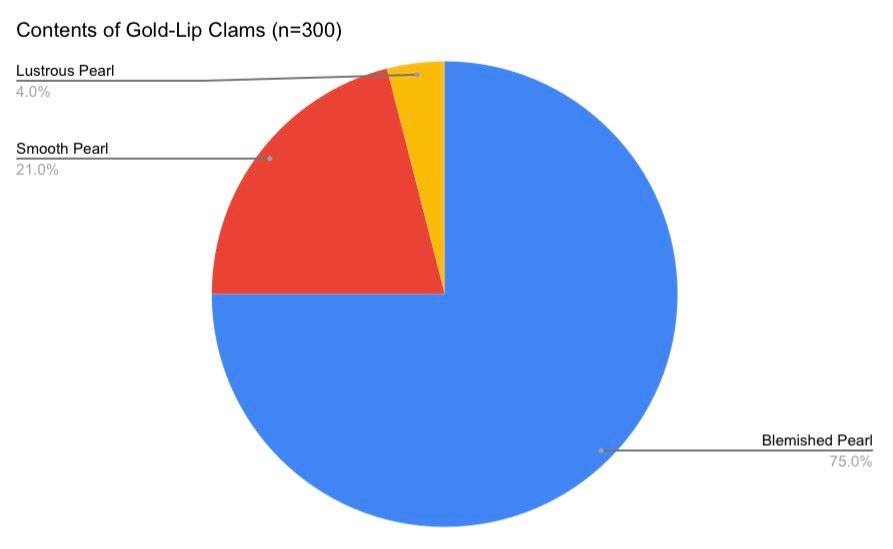 This brings an expected value of 380g/clam, much more in line with what I would expect from clams, and mostly due to a higher Lustrous Pearl drop rate in these clams.

Reel Power was found to be solely reliant on the skill level. While I have not unlocked every rod, Reel Power pretty closely correlates (R2=1) with the linear function power = 32.9 * level - 118. The first five Reel levels seem to follow a more quadratic trend so I did not include them in the equation. It seems VR manually chose the stats for the first five rods instead of following a mathematical function. 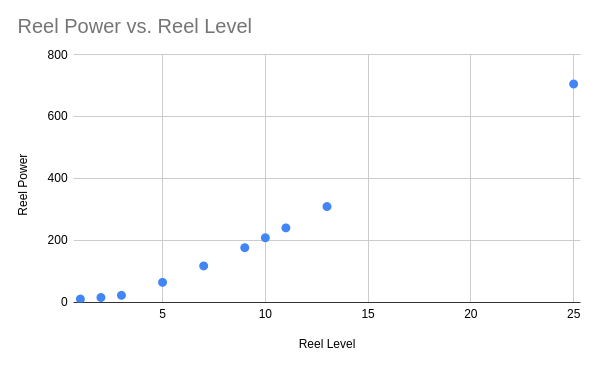 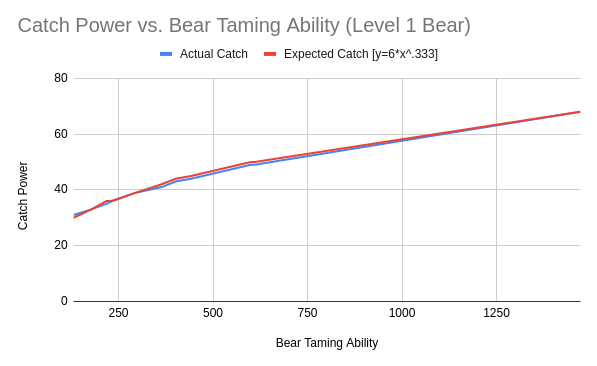 
That concludes the report, if anyone else has done similar tests I would love to combine the data and update this thread. Shout-out to DogFur (Taranis) for his data contributions.

My living spreadsheet of Celtic Heroes statistics can be found here.

I am a Guide! If you need any tips/help/advice, Click Here to send me a message!

#3 by Chelseam2
Wow can't imagine all the effort you poured into this, very good job

Users browsing this forum: No registered users and 37 guests

Hubott
Celtic Heroes Spooky Story A shiver ran through the spines of the group as they entered a new land, Dal Riata. A new li
Sat Oct 16, 2021 2:31 am
Kril
As chief editor of the Dal Riata Enquirer, Phil wore many hats. Especially when his best (and only) journalist, Rhianna
Sat Oct 16, 2021 12:10 am
Rabalder
Hi there. Nordic hooligans here. This clan started because I was tired of being asked to Join a clan. I am kind of a lo
Fri Oct 15, 2021 9:02 pm
BubsMcFace
© Eluna ORoark 227 rogue Proudly Fingal "The beast" Crackling orange embers floating. Roving constellations disappeari
Fri Oct 15, 2021 8:11 pm