#1 by MeLabye
Hi everyone, I wanted to introduce my idea for battle mount. At first for me personally I missing Dexterity and Vitality mount combined and also something more defensive. Like everyone knows we have only Bear which gives us a shield, all the others mounts have different types of attack, so I think idea with healing for that kind of animal could be nice. Also about the "over time healing" I thought it could be something like rogue "Rend" skill, healing more often but for lower amount and that would be something new to the game too. 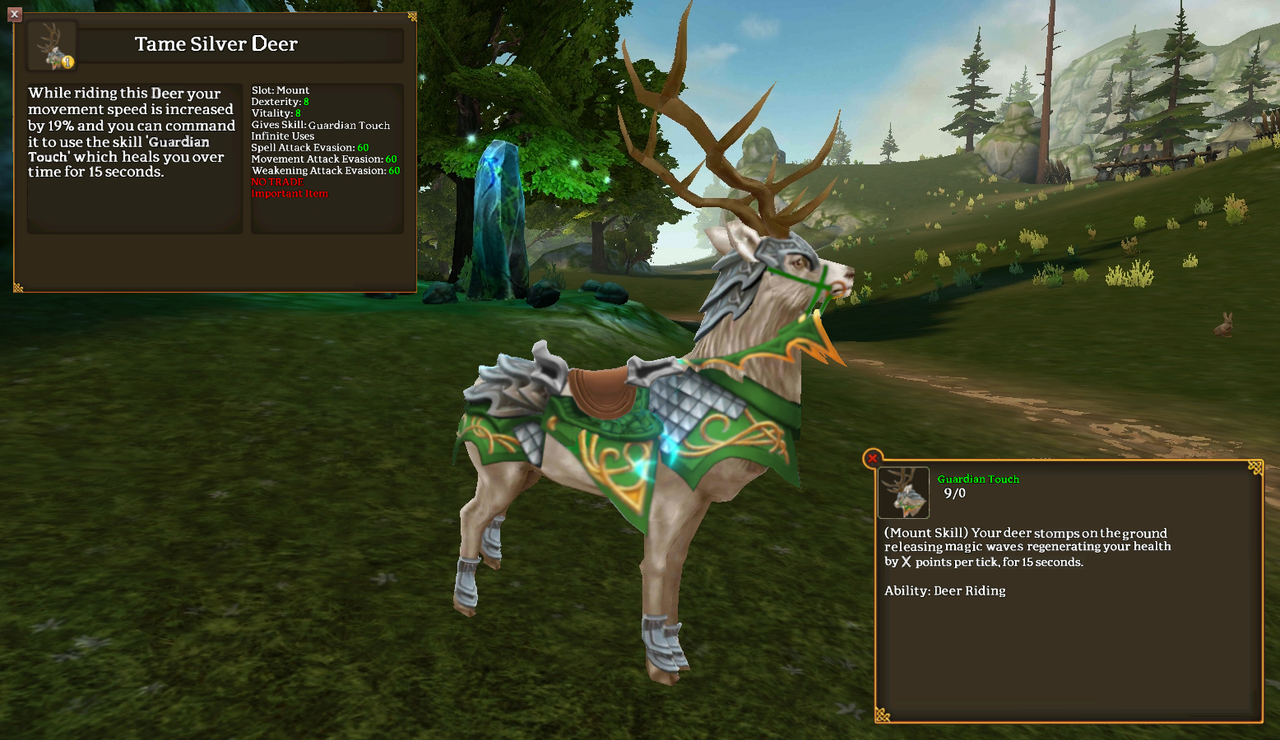 Anyway for some of You idea of deer with Vitality stat could sounds like it doesn't fit because of his gentle posture and lighter armor, but I thought it could be a magical animal which also would fit his skill.
I was also thinking about boar, but actually it's harder to fit it into Dexterity and we already have them as a normal mounts.

At last I know deer is similar to the Elk but i couldn't find any better idea for the mount that could fit into this game.
Anyway, let me know what You all think about that, discussion open ;p

#2 by Dytos
I like it, alot more interesting than the current battlemounts

Users browsing this forum: No registered users and 20 guests