#11 by Froze
I think having server transfers would be a complete disaster for the future of the game...

But aside from that, I think changing names would be a great idea! If you’re able to switch how you look, it does make sense to change your name. 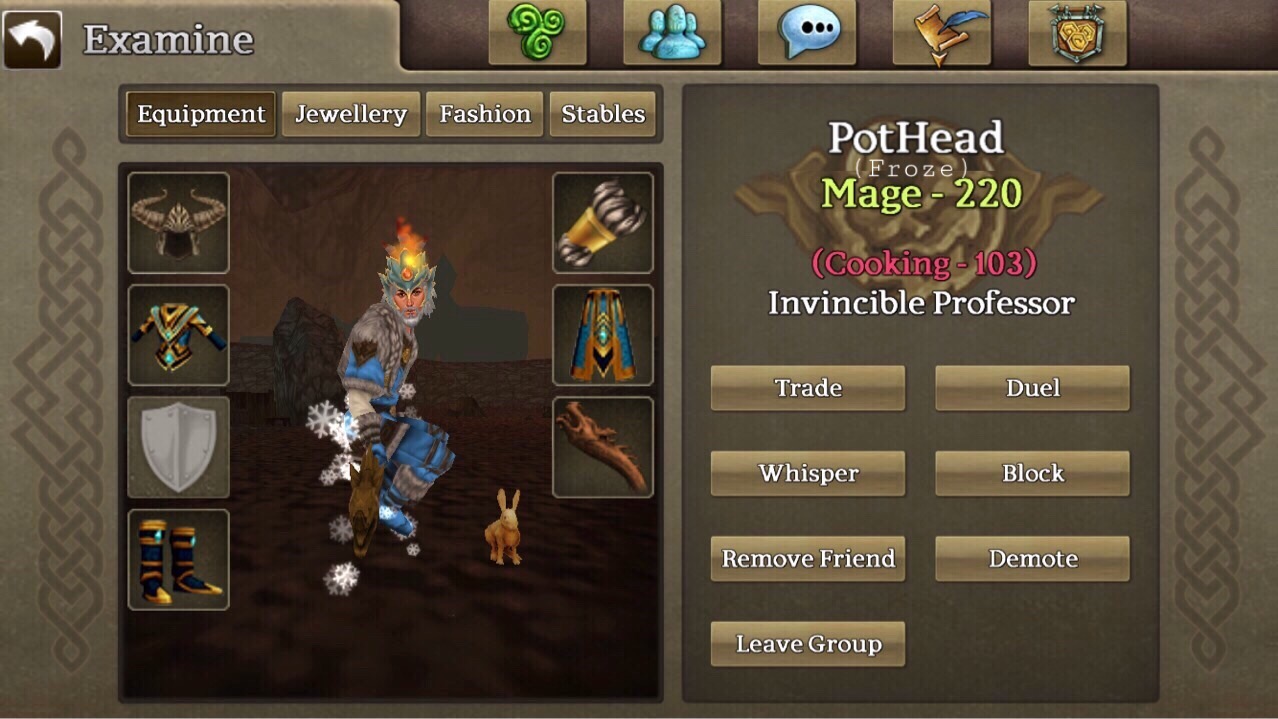 In the trades, it would say their new name and in parentheses next to it would be their (old name).

You wouldn’t be able to completely erase your old name, but from a external view point it would be changed. With a cost of something like 100 plat to change your name once, I think it could help people not feel like they’re stuck with it forever. (For example, I’m a Fire Mage named froze lol)

#12 by Skerwald
You mean like clash of clans? With a certain player tag? I like the idea to change names, but as was mentioned, scammers. Why the hassle just because you don't like the name? If there are convenient reasons for changing the name I'm sure VR is willing to look into it, but I think the risk of scammers abusing it is too great, not everyone is gonna look at that tag right away.
Herne - LazyDrunks

#13 by ImMinecraftMike
Clash royale used to let you have one name change as did clash of clans. They now let you do it as much as you want for 500 gems

I my self would love to change my name, even if it was just the visible one of course with scammers and such this could be a problem.
But saying that if you do it properly you shouldn’t get scammed, most people use band or line or discord so you could easily on trade with people you know.

#14 by Difinitus
Name change is one of the most requested features from our players for quite some time. We know that players (and scammers alike) want to change their name from time to time and it's something we have considered in the past, but isn't something we can offer right now and that hasn't stopped me from bringing it up in meetings

Currently, Support will only change a player's name if it is in violation of our Terms of Service (inappropriate), or it is revealing personal information about you (your actual name).

Sly Shadows wrote:Why not have the ability to assign nicknames to people in your friendslist

This isn't a bad idea actually (not even limited to friend-list; just add another option to the player examine page and under all the social tabs):
This would be another layer of defense against name scammers: have it be "Name (Nickname)"
Example of name on trade screen:
(actual nicknamed friend)
MindClone (KingNub) (145),

It's some work on the player end, but it's another thing to play around with (I don't see any harm in it; if you nickname them something profane, you're the only one who can see it, so they wouldn't have reason to be offended and it's a helpful tool for labeling people with similar names).

bob the mage wrote:All I wish is people would stop stealing the names o want

I mean bobthe___ is a very unique name and yet somehow it keeps getting taken :/

Did you try bobthebuilder?

bob the mage wrote:All I wish is people would stop stealing the names o want

I mean bobthe___ is a very unique name and yet somehow it keeps getting taken :/

Did you try bobthebuilder?

(something with warriors using hammers made it make sense).
But alas, even tho tonks are cool, my heart is abalze for a mage

#20 by Proteus Prime
Okay so theres an easy way to fool proof this.

Name history that lasts for a year
Old name cannot be taken
Shows a numbered ID next to your name, unique to every toon.
Like some said ( ) of old name until a year later it goes away and should be enough to have people get used to you

So much more things im not taking notice of that could help prevent scammers. People already fall for similar names this wouldnt make it any worse if these exact actions were taken. Heck the numbered ID would make it even harder to trick people almost like a discord tag. Proteus Prime#72837. Cant change it nope.
Proteus Prime 220 warrior from Novalis

Users browsing this forum: No registered users and 26 guests