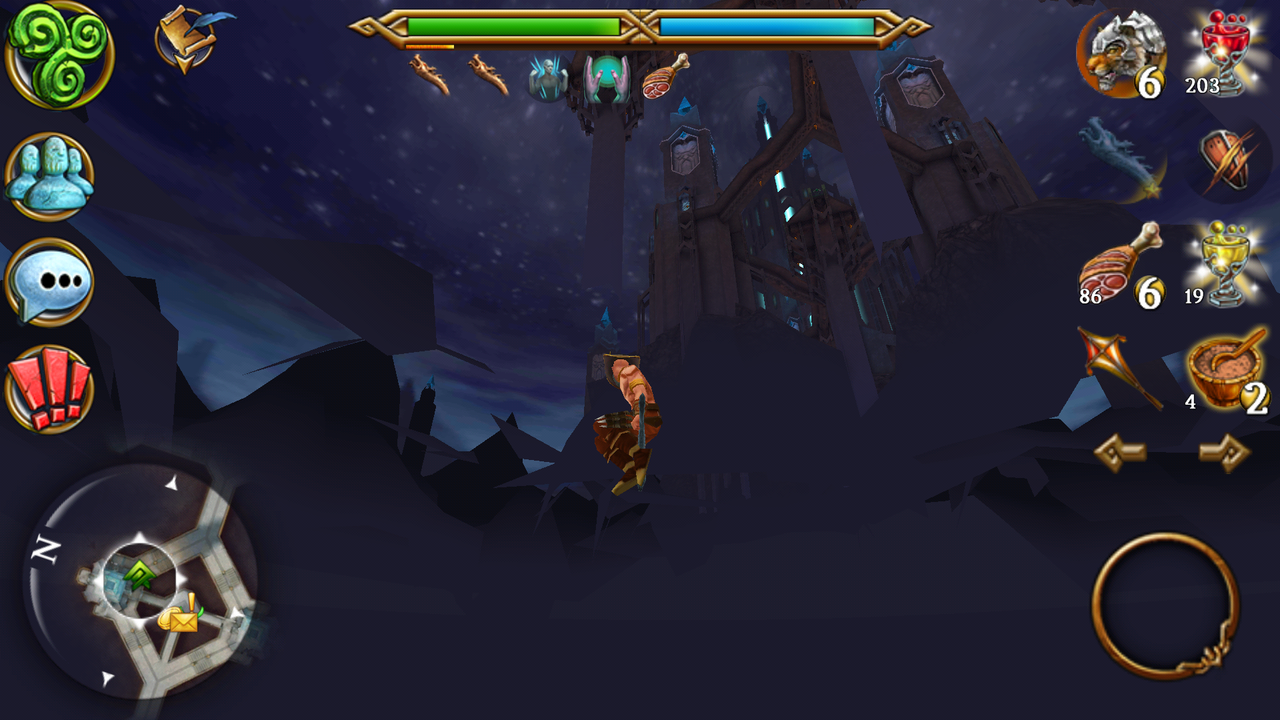 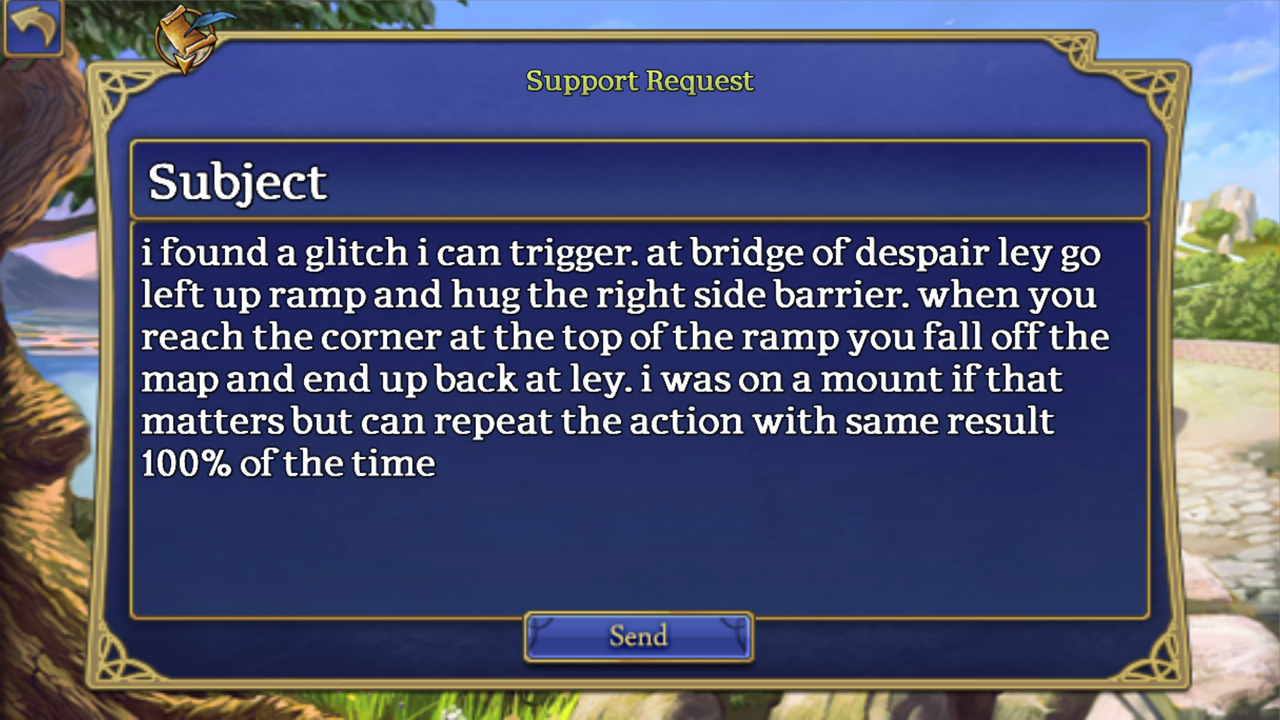 #192 by Angmar Reid
Friend having trouble logging in... she asked me to report it. She gets stuck at the loading screen before she logs in, and has waited about fifteen minutes or more in that screen and nothing changed. I don't know what device exactly she uses, all I know is its an iPhone.

#193 by Ferron
Everything reported on android in beta and since is still a problem for me, and now I can't go see lixs when I'm using them. I have to just try to guess if they worked and are still active, and test by trying to use the same kind again and see if I get an error message. Water is still flashing black, still freeze n crash in carrow and during all engagement with mobs n bosses, still have to reboot the device to clear the freezes, still have the image of my toon zooming in so large it covers the entire screen and I can't see or control what I'm doing (really great when bossing or lixing) and then out again randomly, all plants and tree limbs n leaves look like a plant or leaf or limb drawn on a much bigger rectangle and standing on the ground or up in the trees....you get the idea.

#194 by ImMinecraftMike
Hi sorry no ss, I have posted ss before and the same problems as before are still here I’m afraid.
From the missing icons for my mount or lix’s to the staggering along some areas such as Carrow or Arcane (these kill me idols idols idols)
Sometimes I cannot click on my alt or other teams members (even with filter other players off)
On my iPad mini the areas are a lot darker than on my phone or iPad Pro, even with lighten up high.

#195 by Sunbrook
Game is still messed up for a lot of ppl!! Devices are getting heated up like crazy. Me personally even get bad wifi connection once in game. Whats the use VR improved the graphics if everyone needs to adjust game to minimum graphics in order not to freeze? Fix it! On fingal we already aborted bt 2 times because of the lag. U can count 50-60ppl losing 3-4 lixes par attempt. Will that be compensated VR??? Or are u just stealing our money?

#196 by Taalia
I still have lags that make the game inoperable but they are much rarer.

#197 by DLoldplayer
Still no fix for invisible mobs/npcs/mailboxes, 2 weeks passed...Guys, I really tried all that's from my side in case it was problem in device, but other ppl reported problem as well, i made sure to reset and delete all files(even wiping deep memory), and when redownloaded, everything remains the same, it's not the problem in old file messing the update, but the update itself that have a problem that won't work... Please, help us...Investigate and solve, we would really like to start playing again :/

#198 by Gyyff
As has been noted by other, patch made things worse. Still cant see text when chatting, still laggy and freezes in crowds, and now when you get AH mail, it takes 3-5 tries to take the item.
[CENTER]

#199 by Sgt slotter
Just killed mord on fingal. Took 30 minutes and some ridiculous dedication from our clannies. Lix ran out before i could even get into attack range or even turn the camera to face mord after killing the priestess by the grace of god. Any update besides your guys are on it?

#200 by BubsMcFace
Still have an issue? Yes, quite a few. Often it's ok, but I'll list what I can - Fingal
If you are still having the same issue at this point, reply to this thread with the following:
Device (iPhone 5S, Galaxy S8, etc): Google Pixel 2 XL
Operating System: Andriod 9
Where in game you were when you encountered your issue (Character Select, Global Arena, etc): a few things. I was at 170/6 in carrow and it was mostly ok. Towards the end when we were lock battling to stay alive I just froze, sreng was across the room frozen, then next few seconds he's on top of me, but we are all still frozen. By frozen I mean lagging, not the skills. Also a 4th player was trying to run to help us, kept freezing and returning to the ley. I finally saw him enter the room, and he just flew across the room into the wall.
Earlier today we were gathering for Bloodthorn. Started to kill South root, but couldn't get swaps to load fast enough, and lagging heavily. Eventually we just gave up. I'm sure we were 20 strong, but half or more were frozen no skills going off.
Hrung in murky was ok for me just now. A few little freezes, but another toon said he couldn't get across the bridge.

Users browsing this forum: No registered users and 65 guests