#1 by Bayonetta
I'm sure it's been mentioned before, but I was curious if the Devs had ever considered giving the players the opportunity to decide, which skills to put on each armour piece. Giving the players more freedom to customise one's character the way they choose, which would make your toon even more personalised.
Pros and cons?

#2 by Eragon123
I would love to see more customization be added to the game, though I think it might take some fairly big overhauls in game functionality (currently the stats/skills/buffs for each item is hardcoded into the item itself, and not dynamic).

Overall, I think it could be worth it. Especially if it was released as part of a big crafting update - perhaps another ability (like cooking and fishing) that lets you combine mob drops into cool weapons, or enchant items to give different buffs (skill points, skill effect boosts, stat boosts, etc).

Have questions about anything? PM me!
Alternatively, you can occasionally find me online in Sulis.
Go team #WorldSkillsUSA2019!
Harbinger of cold hard logic and reason.
Check out the player-run Celtic Heroes Database!: celticheroesdb.com!

#3 by Angmar Reid
This would be great, imo, if it can be done without messing up anything else in the process. It would also be fantastic for people who want to focus their stats on certain abilities etc.

#4 by Zkills
Save it for crafting/enchanting... features that im certain we could possibly be seeing very soon as crafting is mentioned in multiple interviews with the developers. It’s actually one of, if not, the last things they’ve wanted to implement since way back then. 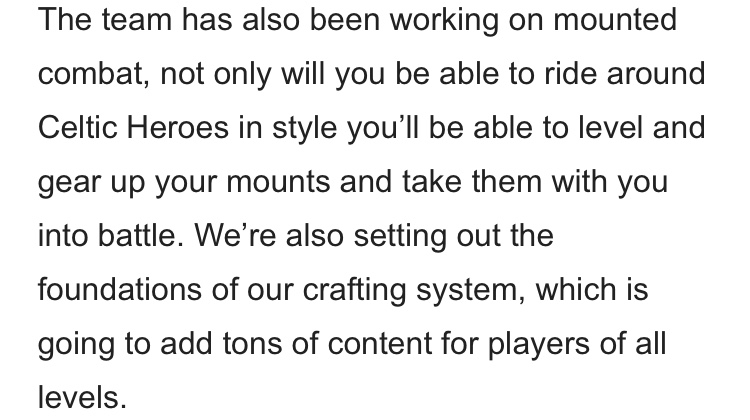 Users browsing this forum: No registered users and 59 guests