mdimarco wrote:I see what you are saying Gort. Personally I think the devs should focus on smoothening out the rough edges, and I think dragon disks harder than all but the hardest celestial rems and tabs is one rough edge. But thats my opinion and I respect yours.

I have not hunted Fal but maybe two times since OW, but didn't the developers drastically increase Dragon Frag drop rate? Is that not working well enough? I wonder if the problem is on difficulty of Warden or perhaps the need for another set of quest armor that is easier but terminal, so that players can be tided over, but will eventually need the Warden to advance to Meteoric and so on, I thought the Crystal armor was doing a good job of this though, but perhaps at lvl 132, I am a bit out of touch?

I think the Warden through Dragon line is supposed to be challenging and rare (it makes sense in my mind). But if this is so, we definitely need alternative sources of armor (Crystal, Diamond, maybe we ned a step below Crystal?)...

Maybe I need to adapt to the times, I can capitulate to a degree if I am in fact out of touch... But, I am really struggling with why the newer generation of Warden questers thinks such a drastic cut in the difficulty and in turn, valuation of discs is fair or warranted. Have the prices already been reduced by more than half? Sign in if you remember Dragon discs going for 200k at one point. 100 - 150 k was considered reasonable only a few short months ago. Now what are they valued at?

Gort
CH Wiki Editor
Fix Druid OTM! http://www.celtic-heroes.com/forum/view ... 48&t=42033
Most Druids are dual-device.
I won't buy Plat until Druid issues are addressed.
Add this to your signature to show support.

#62 by Stephone
nah its kind of easy to get you just need a couple discs and i can solo all the sv bosses fairly easily, but it’s definitely worth getting because dl and edl are crazy as unfathomable

Stephone wrote:nah its kind of easy to get you just need a couple discs and i can solo all the sv bosses fairly easily, but it’s definitely worth getting because dl and edl are crazy as unfathomable

This is from 2012... For real stop bringing up old topics
Epona:
Yeeticus- Work in progress ranger

#64 by ImMinecraftMike
I 100% disagree, the early quest are so much better and more fun with all the travelling you have to do.

The later quest are just too easy, they should made to the same level as the earlier quest.

Maybe more people would play the fame longer if it wasn’t so easy to complete these later quest. 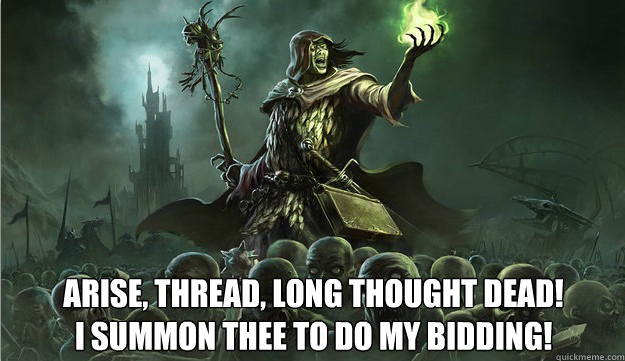 Users browsing this forum: No registered users and 34 guests