#1 by maldeli32
Hi guys, i leveled my ranger so fastly and my main quest NPCs in stuck. I need to get Rapid Shot but its not available in anywhere.
Please help me, how can i fix it.
Writed to support in game many times but they didnt send me a skill book. 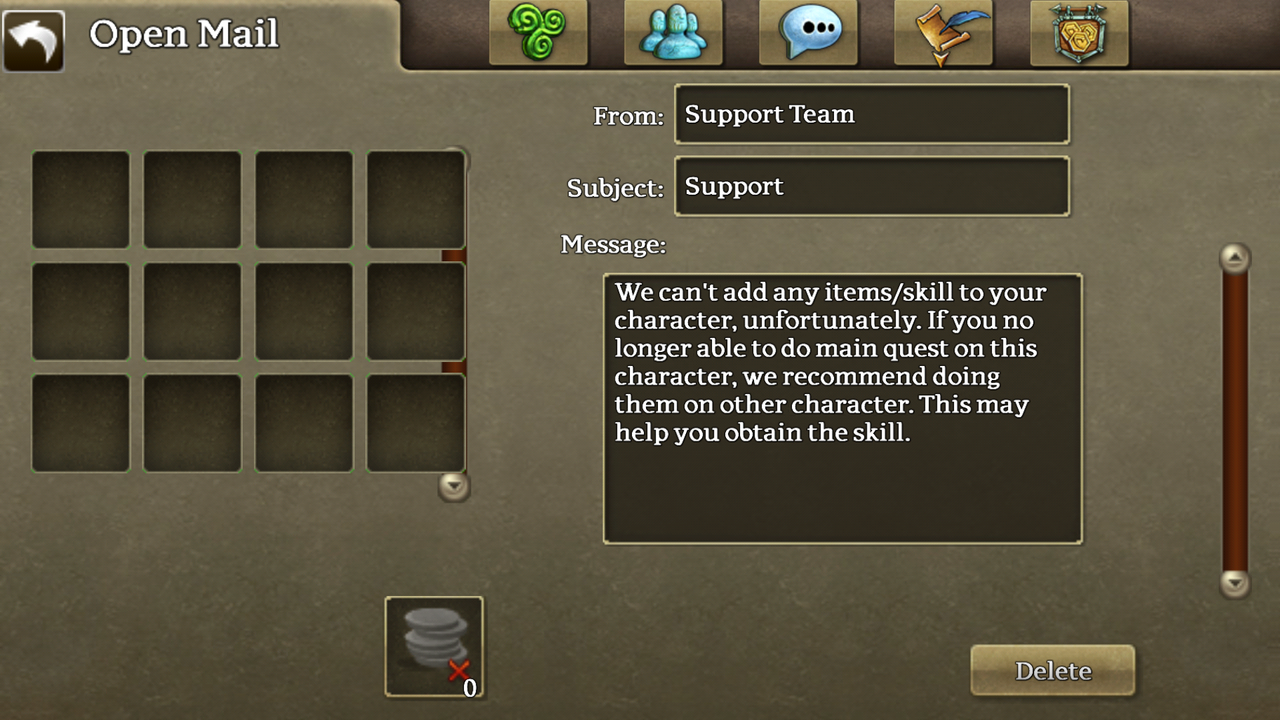 #2 by Legolas1234
There is a vendor in castle right at the back that sells ranger skill books, I'm not sure if rapid shot is in there but if it is buy it, otherwise try to retrace your steps, there must be a part in the quests that you haven't don't yet and that's why you haven't got the skill, if you have done these and have yet to gain the skill, I suggest doing what VR said, start another ranger and get the skill, did you follow all of the quest line up until level 20? If so then you should definately have it, check your skill list again, maybe you have missed it
The man.. The myth...The Legend!
Legolas123
From the legendary server
Nuada
The Best clan in Tavern
Grace

I am a plat buyer, if you need something mail me in game

#3 by PrinceLelouch
I never used rapid shot and i leveled my ranger to 130+. Is rapid shot really important?
These are the skills i used, correct me if im wrong im a noob ranger. Just started to enjoy playing ranger. 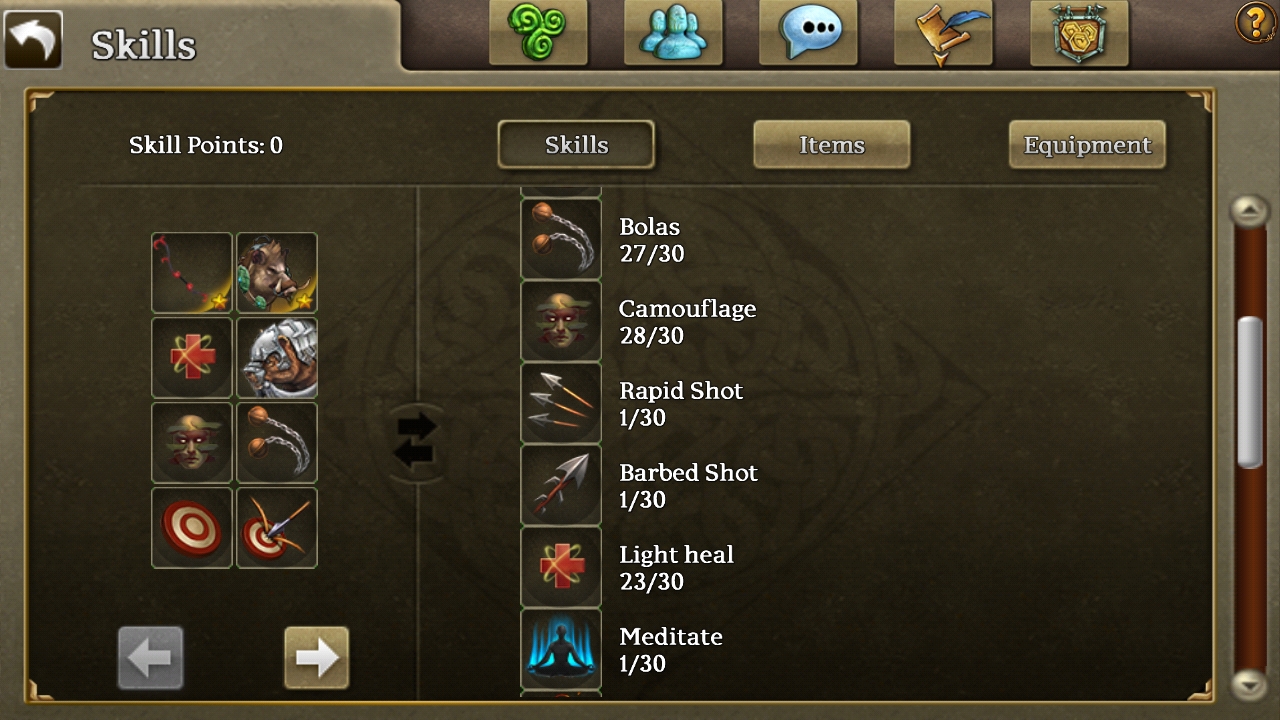 Celtic Heroes is a G.O.A.T. Game (Greatest Of All Time)

Please send me a PM with more information about your character and I can look into this for you.

#5 by Eragon123
It was in Cathal the Ranger's store at some point (it was stored that way in the database), but obviously has since been removed from the store - I just checked. Like Legolas said, my best suggestion is to check your quest log and see what you skipped. You should have it if you completed the storyline up until Shalemont.

PrinceLelouch wrote:I never used rapid shot and i leveled my ranger to 130+. Is rapid shot really important?
These are the skills i used, correct me if im wrong im a noob ranger. Just started to enjoy playing ranger.

Rapid shot is handy if you want to hit faster, and can't afford constant haste/combo elixirs. It's best for rangers with higher auto attack damage - a dex/skill based ranger won't find it as useful (though it could still be beneficial). Due to it's 50% speed boost as opposed to a heroic elixirs 60%, it's not an excellent skill - but decent. It has a 60 second cooldown, and maxed at level 50 it lasts for 30 seconds. I use it, and find it handy at most smaller bosses when I don't use hastes.
Have questions about anything? PM me!
Alternatively, you can occasionally find me online in Sulis.
Go team #WorldSkillsUSA2019!
Harbinger of cold hard logic and reason.
Check out the player-run Celtic Heroes Database!: celticheroesdb.com!

PrinceLelouch wrote:I never used rapid shot and i leveled my ranger to 130+. Is rapid shot really important?
These are the skills i used, correct me if im wrong im a noob ranger. Just started to enjoy playing ranger.

Lol everything is G.O.A.T. Yeah rapid shot is a pretty good skill to have around. Even at lvl 1 it’s useful. I found myself using it often because on Belenus when I played there, there was a plat drought and elixirs were hard to come by and expensive. Great skill to use if you need to save elixirs but still want to put in good dps.
Zkills, Proud general of the beloved KodiakReavers of Belenus, the G.O.A.T clan

Can you do the impossible?
Celtic Heroes Ultimate Challenge
6 posts
Post Reply

Users browsing this forum: No registered users and 15 guests